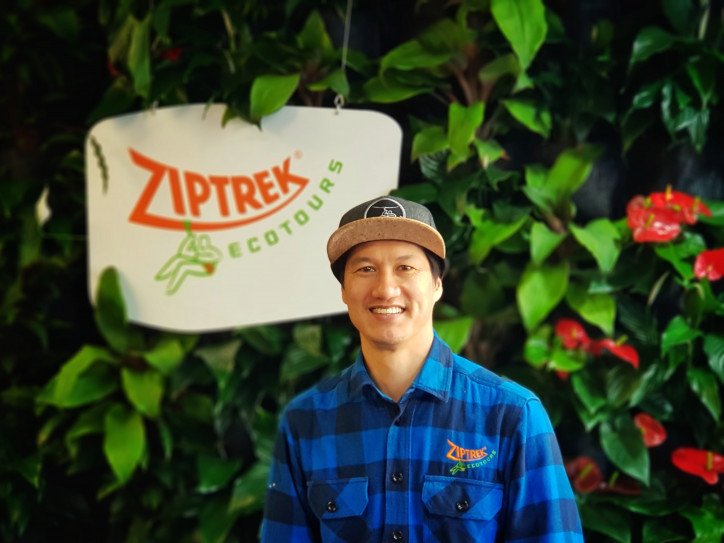 It takes a lot to truly tackle climate change and reduce carbon emissions, but Ziptrek
Ecotours is taking big strides in a positive direction.

It’s become the first company in Queenstown to officially become a zero-carbon business,
so that as guests whiz through the trees on ziplines, they can be confident that they’re
having fun with a company that’s serious about protecting our future.

“Ziptrek has always pushed itself to deliver what we see as sustainable tourism and every
day, I think we get a little bit better,” says Executive Director Trent Yeo.

Trent says the company has long assessed its business practices to ensure minimal impact
on the environment. On the hill, internet and other power requirements run on solar and
the downtown office is supplied by renewable energy retailer Ecotricity. Ziptrek has also
worked hard to plant native trees and shrubs (5,000 and counting), and has invested in pest
species control. Additionally, staff are rewarded for biking to work rather than driving.

“I see us as recreational athletes, we’re doing pretty good already but if we want to go to
the Olympics we’ll need a coach to get to that better level.”

After assessing what carbon Ziptrek does produce and where it can improve, carbon is
offset through accredited native tree planting in protected areas.

“You can’t just plant a few trees in your backyard and claim you’re carbon neutral,” jokes
Trent. He adds that the company is still working hard to improve its environmental impact
and to provide inspiration for others in the tourism industry.

To celebrate its zero-carbon status, Ziptrek has released a ‘Show Your Stripes with Ziptrek’
T-shirt, featuring a colourful graphic depicting the rate of warming in Aotearoa from 1901 to
2018. In the foreground, a Ziptrekker zooms back to cooler times (and yes, it’s locally
printed on organic cotton).

“It’s science to art – it’s good communication, visually showing climate change and why we
need to act. It looks much better than a spreadsheet!”